Election season is upon us and has inspired the start of our elections unit in our 3rd/4th grade class.  Our focus is on how the parties choose a nominee, how campaigns work, and how people vote. Most students know a thing or two about the presidential election currently underway and it is reflected in the passion with which students want to talk about politics.

While we won’t be engaging in political debates about the contemporary environment, we will be be focusing on debating – an important aspect of the election season.  We will respectfully debate all kinds of other topics — “Should students get rewarded for good behavior?” and “Should homework be eliminated in school?”. We are establishing certain rules for engaging in debate: that we retain an air of civility, that different perspectives are heard, and the most important rule: don’t take it personally. We will also be looking at another (arguably more) contentious election: the Jefferson-Adams race of 1800.

When researching this time in our nation’s history, I started thinking about what a bad example this was of how to move on after a contentious national (and personal) debate. Adams and Jefferson didn’t speak for decades; Hamilton died looking down the barrel of Aaron Burr’s gun for saying that Burr should “not be trusted with the reins of government.”

The election of 1800 brought up a series of issues that continue to hound us today: on the role and size of government, and the kinds of treaties the U.S. should enter. Both candidates were convinced the country would fall apart if the other were elected. Spoiler: the country turned out OK, and the election was the first peaceful transition of power between differing parties.

Twenty six years after the election of 1800, and 50 years after the signing of the Declaration of Independence, Adams and Jefferson died within hours of one another, the best of friends. In their later years, they struck up a correspondence debating the very same issues that had torn them apart in 1800. I found it striking that, as the two grew older, they had the perspective to see that the things that united them (love of country, respect for the democratic process) were more significant than the things that divided them (politics and ideology).

This episode in our history teaches a valuable lesson about the nature of argument and about how to behave when disagreements arise. Every academic year, there are moments of contentious debate both on the playground and in the classroom. When one is in the thick of it, it can sometimes feel like the end of a friendship, or like it’s impossible to move on. But if we realize that the arguments we have are often based on common principles we share, we can work on building lifelong connections rather than focusing on the things that separate us.

Reflections on the Juxtaposition Between Firsts and Lasts by Jennifer Rosenberg, Head of School 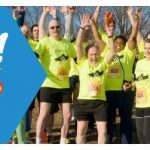